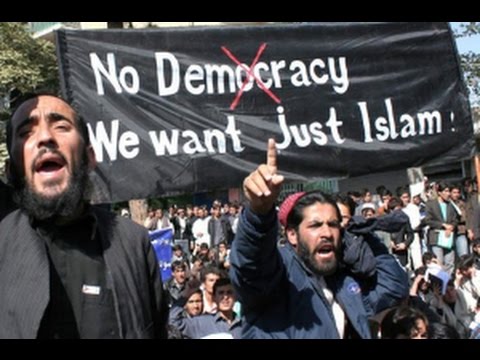 The 2016 BBC documentary on Deobandis in the UK exposed what many of us knew all along. That the Muslim communities in the United Kingdom are not a monolithic and that there are some schools of thoughts that dominate terrorist violence and intolerance, while other Muslims are held collectively responsible. Most disturbingly, the vast and significant network of Deobandi madrasas in the UK have hosted globally designated terrorist like Masood Azhar, head of JeM.

If we consider that the UK is but one of the many ‘assets’ Terror’s ideologues have cultivated … and one could safely say activated over the years, one needs to in fact ponder over the magnitude of the crisis we currently face.

For all our lengthy discourse on terrorism, and those tenets intellectuals, politicians, and heads of states have claimed gave life to radicalism, we have abysmally failed to profile Terror on the basis of its ideology – and thus identify that its construct may claim itself holy but nevertheless serves very geopolitical goals.

The proper identification of different Muslim schools of thought is not only the intellectually honest thing to do when discussing acts of terrorism committed by Deobandi/Salafi/Takfiri radical groups, but it is also crucial towards framing an intellectually grounded, and ideological response to terrorism. Most importantly, the specific identification of the Muslim school of thought or sect is crucial in preventing the conflation between the Salafi and Deobandi radicals responsible for acts of terrorism such as 9/11 and 7/7 vs their Sunni/Sufi and Shia/Ismaili victims.

Earlier this August, BBC news reported that the man who brought jihad to Britain, Masood Azhar, is today the head of one of Pakistan’s most violent militant groups, and was once the VIP guest of Britain’s leading Islamic scholars

But the same investigation revealed the preaching of segregation of the Deobandis from non-Muslim culture in the West.

In addition, it confirmed the link between Deobandism and the Taliban.

The dissonance of the Deobandis from traditional Sunnism is visible particularly in campaigns to destroy the shrines of Sufi saints and other historically honoured Muslim personalities. But it is also expressed in the Deobandi restriction on women working.

As described by Sky News, Dewsbury is well-known as a centre for radicalisation of Muslim youth. The town of some 65,000 hasproduced young terrorists including Mohammad Sidique Khan, the presumed leader of the 7 July 2005 plot to bomb the London Underground, who was killed in that atrocious attack.

Unfortunately, in the prevailing narrative we either have apologists who are in complete denial or self-annointed “reformers” who deliberately use vague and misleading terminologies such as “Islamists” to conflate perpetrators and victims.

Either way we are chasing our tails, and as a result Terror is fast claiming ground against us by forcing us to engage on its frequency: exclusionism.

Those who are not specific about identifying and differentiating between diverse groups of Muslims are often politically correct activists suffering from White guilt and the racism of lower expectations. At other times, they are the well paid “consultants” and “reformers” whose assignment is to actively shield Saudi sponsored schools of thought such as Salafis (aka Wahhabis) and Deobandis (South Asian variant of Salafism).

It is in this prevailing environment of misdirection and political correctness, it is heartening to see the publication of an seminal academic study on this topic. “Faith Based Violence and Deobandi Militancy in Pakistan” (Palgrave Macmillan 2016) is a collection of essays by academics from across the globe.

On the book Noam Chomsky wrote: “The contributions to this valuable collection provide useful insight into the background of “faith-based militancy and terrorism in Pakistan and across the globe,” distinguishing crucially the Deobandi dimension of radical Islam that has been fostered by Saudi Arabia, with US support in Pakistan particularly in the 1980s during the harsh and brutal Zia-ul-Haq regime. These developments pose a severe threat to Islamic society and beyond, and merit careful attention by those who hope to understand today’s complex and dangerous world.”

More such studies are needed if we ever hope to map out Terror to better root it out.

At the heart of Terror sits the concept of Takfir – an ideology of exclusivism that is a direct precursor to violence against those being apostatized. Such concepts were presented by Jawad Syed in an article for the Huffington Post published in November 2015: “From Karachi to San Bernadino: In Quest of an Alternative Discourse on Terrorism.”

“What’s common in them? It is Takfiri jihadism of the Salafis/Wahhabis which is rooted in the ideologies of Ibn Taymiyyah (1263-1328) and Muhammad ibn Abd al-Wahhab (1703-1792). In South Asia, takfiri jihadism was adopted and practiced by the Deobandis and their predecessors, from Syed Ahmed’s (1786-1831) jihadist movement to the Taliban and SSP/LeJ.”

“Similarly, terrorism cannot be blamed on economic deprivation. If that were the case, the increasingly oppressed and disenfranchised Christian and Hindu communities of Pakistan would have taken the lead in terrorist activities. Yet as per an academic research conducted by Dr Ejaz Hussain at the University of Pennsylvania, 90% of the terrorists in Pakistan are from the Deobandi subsect, a South Asian variant of Wahhabism.”

So far our discourse on Terror, its root-cause, and its many manifestations have been anchored in political manipulations, religious bias, and let’s face it ethnocentrism.

Unless we learn to reframe our approach, Terror will hold us all hostage – that would be the definition of insanity.

Catherine Shakdam is the Director of Programs of the Shafaqna Institute for Middle Eastern Studies and a political analyst specializing in radical movements, exclusively for the online magazine “New Eastern Outlook”.
https://journal-neo.org/2017/08/21/the-rise-of-the-radicals-the-narrative-of-terror-hides-behind-its-ideologues/