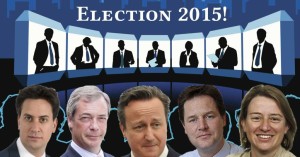 In his interview (in Urdu) with UK’s Hidayat TV on 10 May 2015, Dr Syed commented that people in the UK had voted for stability and continuity instead of a hung parliament. Dr Syed said that in many parts of the UK, particularly in Scotland, people’s choices in support of their own national and cultural aspirations were evident, and that with a razor thin majority, it would not be possible for PM Cameron to ignore voices of other political parties and leaders in the House of Commons.